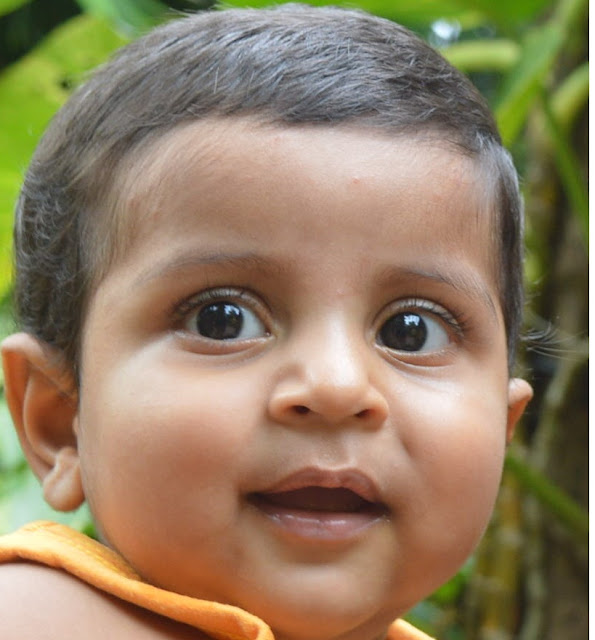 Cuddled unto my bosom,


Holding his chin barely above
My shoulder, tries to
Raise his head
To see the big,big world
Before him, while we take
Our daily, rather hurried walk
Giving his mama
Time to tidy up.


Glint to see all
The green before him.
His nappy is rolled up.
I feel the smooth skin
Of his tiny buttocks,
Velvety to the touch.

His feeding time is a marvel.


While sucking like a puppy,
He plays with mamma's hands
And stops for a second
To show her a toothless gum
And a series of coo s.

His biggest smile is reserved for his seeya
While he needs me
When he is bored to death
On the bed!
He holds on to his mama
For his food, sleep and  for comfort.

But when his papa,clad in a bath towel,
Comes after an evening shower,
Binu forgets them all
And jumps to him
Leaving his nappy
And everything behind.

(this was written when he was seven months old.)

Posted by Blue Lotus at 7:27 AM No comments:

A House Painted in Apple White 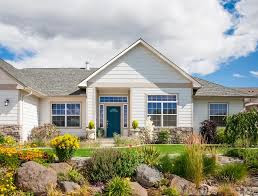 I would like a house, painted
Apple white,
With large french windows
In rainbow color curtains,
Open to the lawn.

I would like a room, painted
Rose white,
With only a cosy couch
Among the stacked books of
My favourite authors.


I would like a room, painted
Daffodil yellow,
With a  twin ebony bed
Of bright gold leaf designs
Carved on the head rest.

I would like to flop on the bed
Feeling the rays  of docile setting sun, In the evening, while brooding On
My childhood memories
Of my siblings, distant to me now.


When the dusk falls
I would like to go to my room
And under the soft glow of a lavender candle
I would Start to write
As I always hope to do. 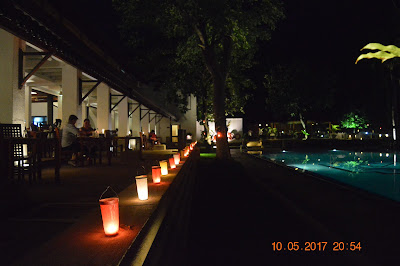 Recently, I visited Cinnamon Lodge, Habarana situated along the Kurunegala- Polonnaruwa highway. We arrived there around 12.30 p.m, sweating and puffing from the scorched heat of the Sun. As soon as we entered the hotel premises, cool breeze welcomed us hinting the nature of the surroundings we are going to witness. A warm welcome, in the form of a cool cinnamon tea and a refreshingly cinnamon scented wet face towel, was offered by a hostess in the hotel.

Then we were led to our rooms. We walked along  winding footpaths, leading to various lodges and  finally wound up at ours. A lodge,  which reminded me of a house in Portuguese era stood up in front of me. The key was turned on and we were allowed inside. At once soothing orange and white dominated twin bed welcomed me effortlessly alluring me to dug into pillows and enjoy the soft touch of cotton feathers. 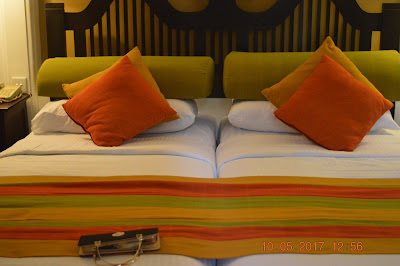 After a shower, we headed to the  dinning lounge. 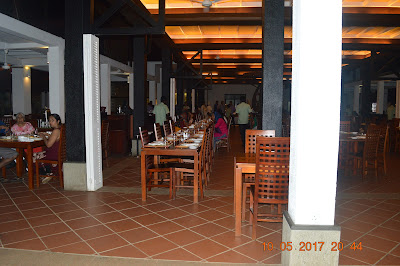 There were local and continental cuisine and a variety of food to choose from. I tried some new dishes with hilarious results and finally  contended with not so new dishes.

Though there were number of dishes, they were arranged in such a way, even a newcomer can select what he or she wants without any fuss!

It was a novel experience for a house wife like me, who used to wait at the table, and serve every other member of the family, before partaking my meal. The waiters hower above us, waiting to pick up an empty plate as soon as we finish one portion and going for another.At first, I hesitated to try out another new dish, once I finished my first food portion, but my son assured me not to.
It was fun to roam around the room, peeping and observing all the food in dishes, and selecting a food which delights all the sensory organs, yet bumping into another similar tasty dish knowing that I can have some from that too! (Greedy, Ain't, I?) 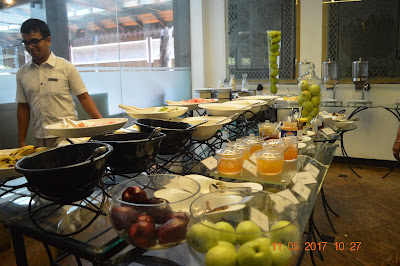 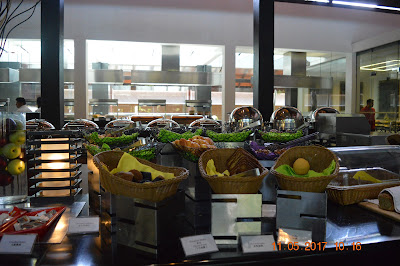 Once you finish your meals and think  how to return to the room with so full stomach, you see the 'ROOM FULL OF SINS'.
Vast array of sweets,yogurts, ice-creams; home-made and othervise, whole and sliced fruits,cheeses, tarts and other  numerous desserts were there ready for us to be indulged. 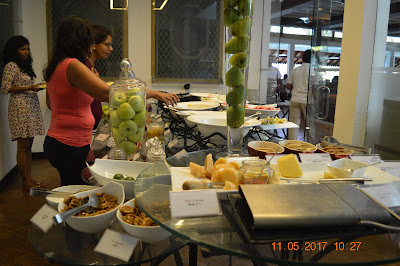 Though you have enough, I bet, you won't be able to leave the dinning room without giving a try to one or two in that room.

Then we had a leisurely walk in the premises of the hotel, which occupies a tank and a marshy land with big trees. Those, who were strong enough, climbed them up, as we old folk just sat on the Green. 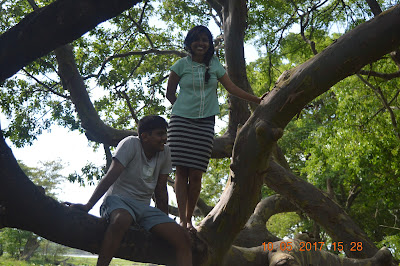 I don't want to tire you with all the tiny and lengthy details of my trip but it is suffice to say, I enjoyed my stay at Cinnamon Lodge, and  if you are hoping to visit it one day,  you won't be disapointed, if you are a house wife like me as I am unable to compare it to other hotels like globe trotters do. 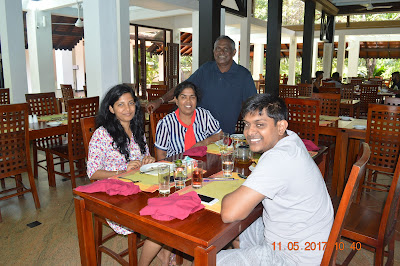 [😨  I owe an apology to Food and Beverages Manager there, for not being wise enough to take photos before guests starting the meals. What you see here is not the correct picture  but only some shots  of food, what is left at the tail end of the two and half hour duration meal.}

Any lessons on catching flies? 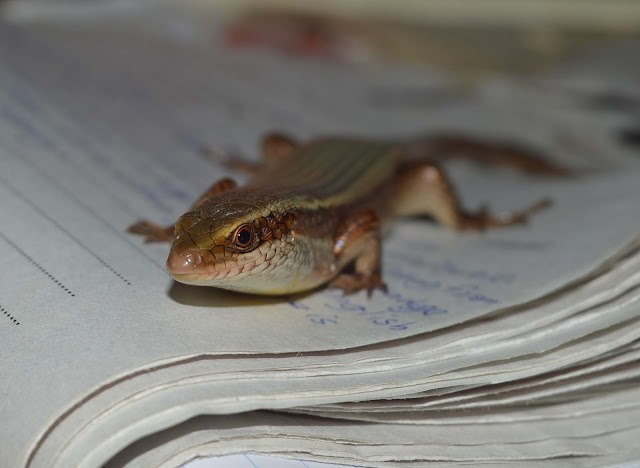 To My Dearest Sons at St. Xavier's College, Marawila 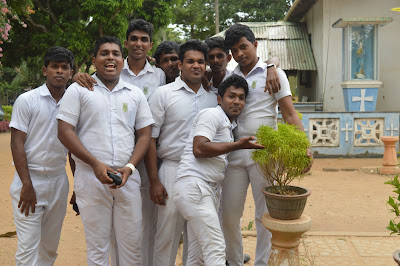 Though u were  not borne by me,
I always had a mother's incline towards u all.

My dear sons, you would never guess
The share u have in
Relieving the frustration and the tension
From my boiling system.


I took your comments personally
And that's why I always got
Angry, when retorted.


I hoped for unquestioned surrender
in lessons, You rebelled though.


I am ashamed to say
That I have very little contribution
For moulding u into good citizens
Though I tried it every given moment.

Ours wasn't a traditional classroom
As any other, and
After meeting u all,
I changed my attitude
On a teacher's role!


You always called me 'ape miss'
And I glimpsed a vast flow of
warmth and affection in it.


And yet, when I sensed that
You r deviating from your future goal,


The punishments,cynical remarks, cajoles
and even Indifference had to be used
for getting work done.

Teachers aim for seminars, modal papers
while you strive to cram
all the tutorials into your tired
and confused minds, already half filled
with FB,  chats and selfies.

In the modern world, where teachers
are fast loosing the grip of their students
nobody is wise to predict
where the current will carry and
deposit u in another
ten years.

However, my dear sons,
I would not hesitate to advise you
As I always do.
Be good and do good.


There's a life for each of  u
beyond the world of exams.
Ride on it
To a clear future.

And I thank God,
for making an encounter
Between u all and me
So that I am enlightened
of a modern teenager's life.

"I know,I know.
Wait till Asitha comes,
And he will explain the poem
to u all'n good time."

To the Principal sir; a parting note,


Soft spoken and gentle
We have never heard
Your raised voice
Though there were countless
Times to do so.

Humble and polite
You always requested
When something wanted to be done.
Never the 'Bossy Type'
Though you always were the Boss.

You never sneaked into the classrooms
To see what we were doing,
Never embarrassed us
By openly criticizing.
Kept your faith on us,
Believing, that we would work hard
To the betterment of children-
Our wards.

Now that you are leaving,
We have begun to realize
The immense void
You are creating
With your absence.
But it is something inevitable,
As preached by Lord Buddha,
It's a pity to leave
One's loved ones.

After carrying the heavy burden
Of a school
It is only fair to say
That one needs a rest
If to remain sane.

Be happy! Thinking
That you have done
Your duty to the school
And pupils.

May God keep you happy
Until your last days.

How to Lure My New Tenant 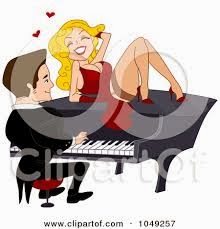 What a shy person my new tenant is!

My eye walks on the lawn looking for a sign of him.

Sits in his favourite place,on top of a coconut.

Hops back and forth and chats while I carry my washing.

It's his previledge, so I listen to him.

He likes me and the mynah who eats tit-bits in the garden.

I too like him though he is not one of my own.

He is a nature lover, conservationist and a vegetarian.

He is an ecentric too.

Shakes his back when he has something excited to say.

Spellbound by his presence, I tried all my tricks on him

to share my life with him forever,though it failed,

breaking my heart. I wonder whether you have any tips

to lure a flycatcher to my home. 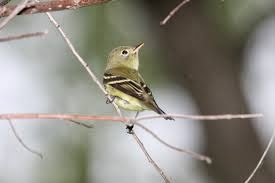 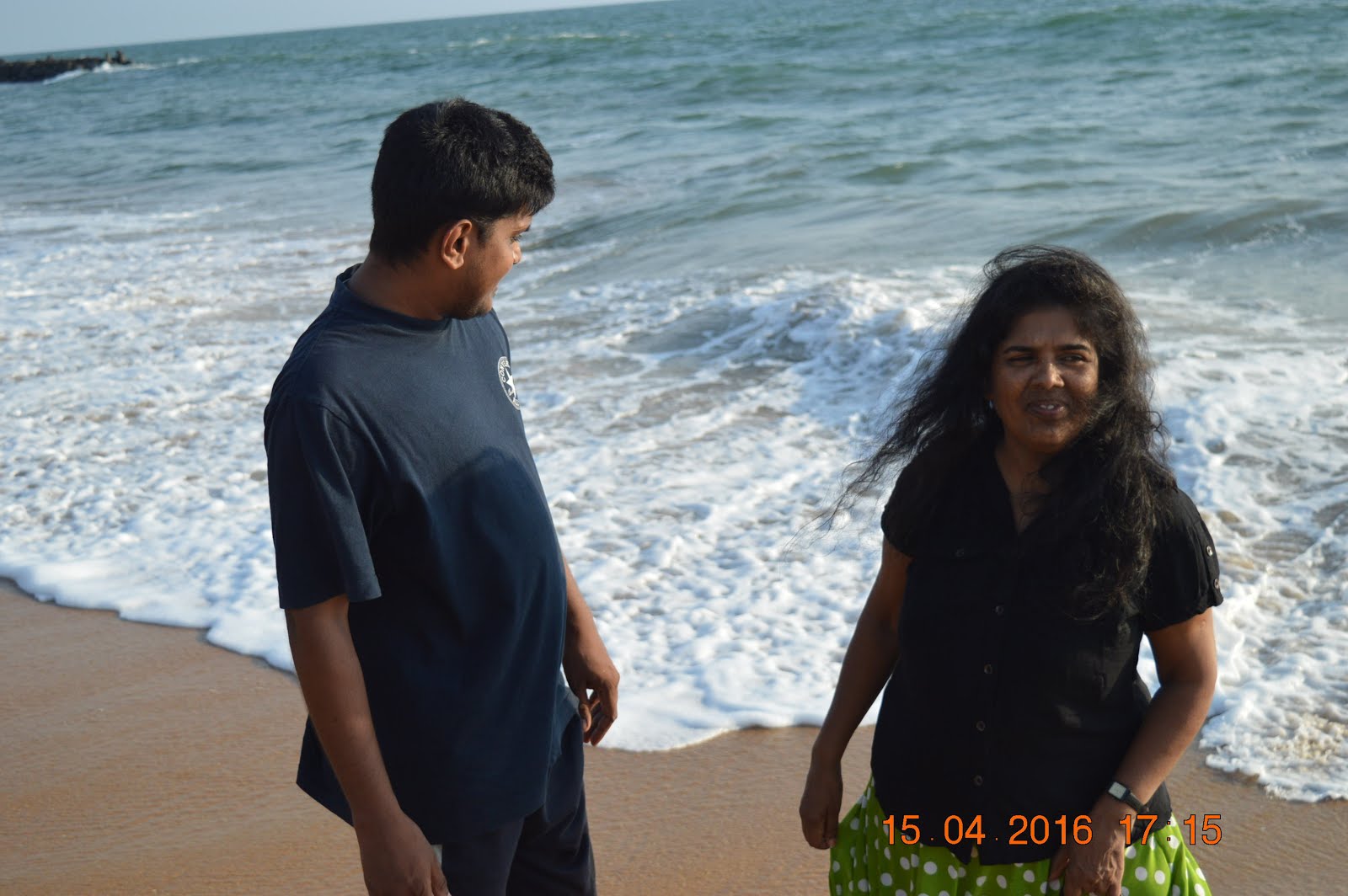 A woman who likes to explore world